Integration peasyCam with CP5 GUI and webcam: How?

Hi there!!I'm actually trying to implement a sketch with a basic GUI made with CP5 (input/chat text for a chat bot and some buttons), a webcam capture and the feature to move webcam and texts when either "Globe" or "Settings" buttons are pressed( you know just to save some space for other stuff)..all fine until I decide to use peasyCam to show me a rotating Globe when the omonym button is pressed: peasy takes all the window for itself, so two ways I thought. The first is to create a frame(?) or a subwindow(??) in window in which putting peasyCam and to be showed when button is pressed (something like PFrame or a ControlFrame in CP5,or maybe an other PApplet in window?) , the second would be to fit all the GUI and webcam inside a peasyCam object, and then lock everything in front but the globe model. I attach (was writing append :'D ) two photos of the initial view and when button is pressed. Thanks in advance!! Andrea

Ps: The Globe being nevertheless than the Planet object from Daniel S. , after breaking my head with collada and kmz 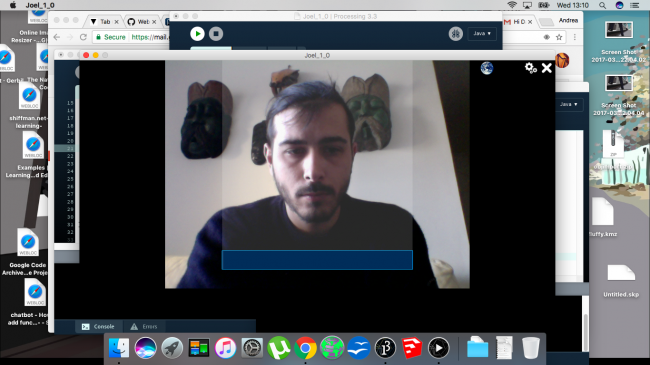 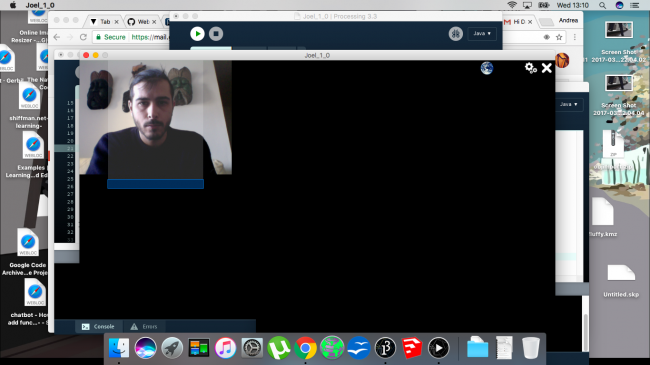