Alert: Too many erros. (XX% scanned).

I have a sketch with 2 files: sketch.js and a second Javascript file for some object constructors and functions. At approximately 74% of length of the Javascript file (line 468 out of 625) the p5 editor gives the alert: Too many errors. (74% scanned).. 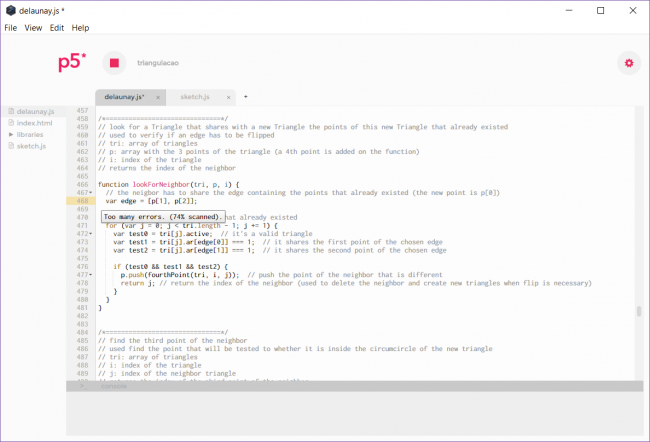 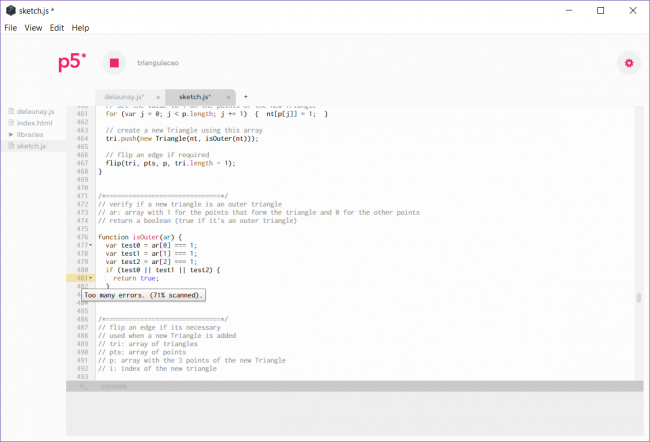 p5 editor doesn't give any other alert or error.

If I use "use strict" this alert disappears and it gives alerts on every line containing a p5.js function, variable or constant.

In any case, the sketch runs as expected.

The console only displays: Uncaught ReferenceError: require is not defined which is present any time I run a p5.js sketch.

Does anyone know what can cause this Too many errors. alert?