A couple of processing-powered music vids

I've been using processing on and off for at least ten years and have finally started making use of it in projects for my band. The idea is to make custom visuals for each song that can be uploaded to youtube and also used in live shows, and generative techniques make that a lot easier to do.

This is a lyric video, I used the python mode and the Triangulate library on random points to make the triangle mesh you see.

The second one is part of an ongoing project, I'm using p5.js to take in MusicXML as input and show guitar tablature for the same song. The hope is to get this on the web as an interactive application someday for general use with MusicXML but it's still too slow and requires some special pre-processing of the xml. For now it's just a video but let me know if you're interested in this. 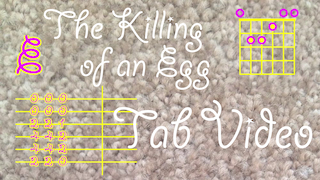 I saw the midi visualizer also posted here and I feel like that could be a cool piece of the puzzle someday too so thanks to hamoid for that.

Tagged:
Sign In or Register to comment.
Processing was initiated by Ben Fry and Casey Reas. It is developed by a small team of volunteers.
© Info \ Powered by Vanilla.