Getting started with P5.js using Brackets - having problems

Hi, I'm getting started with P5.js using Brackets. I saw this video where Daniel explains how to do it.

As I was trying to follow along I wrote this code:

when I try the LivePreview it's just blank and in the Brackets window I get the following: 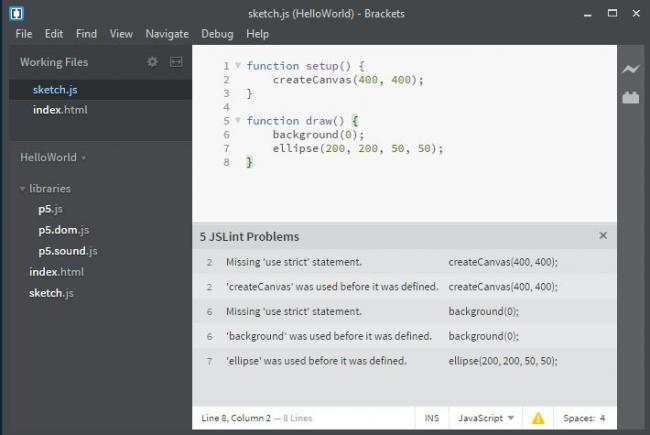